By using ONTAP Cloud you can:

ONTAP Cloud can do much more, here's a few things that even those familiar with ONTAP may not have known.

What you probably already knew is that ONTAP Cloud supports High Availability in AWS. ONTAP Cloud HA provides an RPO of 0 and an RTO or ~ 60 seconds. HA can be both Active-Passive and Active-Active. Additionally, what may not have been known is that there are two flavours dependant upon what you are trying to achieve:

In this model two nodes are deployed in a single Availability Zone this protects against the loss of a single node (EC2 instance). This does provide additional resilience of a single node but do bear in mind that there are no guarantees of fault isolation for EC2 or EBS within a single region.

In this model 2 nodes are deployed in separate Availability Zones whilst a mediator is deployed in a third Availability Zone - this acts as the HA quorom mechanism. Floating IP's are leveraged for NAS protocol access and cluster management. ISCSI leverages static IP addresses on each node and ALUA to identify the optimised path.

Floating IP's are only accessible within your VPC therefore ONTAP Cloud also provides static IP addresses for access which is external to the VPC. Note that the static IP's do not move between nodes in the event of a takeover/giveback so a manual remount to the surviving node is required. Likewise a remount back to the original IP address will be required after the failed node comes back online.

Just like a traditional ONTAP system you can deploy multiple aggregates on your cloud instance. Aggregates comprise of upto 6 EBS disks in AWS and 12 disks in Azure all of which must be the same size. Volumes can move between aggregates just as they do in a physical world.

Storage Classes Can Be Changed Non-Disruptively

Deploying ONTAP in the cloud offers the benefit of being able to change the performance and capacity profile of the underlying storage at any point you choose. For example, I may develop my application on sc1 but as I push into production I may wish to leverage gp2 or even Provisioned IOPS (io1).

The type of EBS available to you will depend on the EC2 instance type you are using to run your system. Speaking of which..

Changing Instance Type on the Fly

ONTAP Cloud supports various instance types which in turn affects the performance and scalability of your system. You can however flex up or down your resources at any time to ensure you only pay for what you need whilst also being able to leverage different media types. This change is non-disruptive in a HA environment.

Along with changing the instance type if you are leveraging the Pay-As-You-Go model you can also change your license type.

Yes, SnapManager, SnapDrive and SnapCenter works just as well in the cloud as it does in on-premises which means that you can make application consistent copies of your SQL / Oracle / MongoDB databases.

To leverage these capabilities in a HA environment you will need create the SVM Management LIF which must be a floating IP address, details of how to do this are here.

At Insight 2016 NetApp announced Fabric Pools, a technology aimed at tiering cold data from the most expensive tier of storage (flash) to the cheapest tier (object). With 9.2 the first iteration was released which enables cold data stored in snapshots to be tiered to S3. The implementation in ONTAP Cloud (AWS) supports tiering from both gp2 and st1. For data to be eligible for tiering it must be cold data stored in snapshots that is not referenced by the active file system.

With ONTAP Cloud in AWS you are able to encrypt your volumes at rest using AWS's encryption which manages the keys for you. There is a limitation of 30 EBS volumes per node when using this feature.

ONTAP Cloud also supports the ability to manage the encryption for you. An encryption key will be generated for each new aggregate deployed. You cannot change encryption methodology once deployed.

Leveraging your own key manager is also supported.

Yes despite the references to AWS, ONTAP Cloud is also available in Azure. Azure however does not at this point support HA, ONTAP managed encryption and also has lower scalability due to disk sizes though hopefully this will change with the recent announcement of 4TB disks see here. 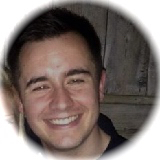 About Mike Andrews
Manchester, England Website
Senior System Engineer currently working at Cohesity focussed on Data Management. I have a keen interest in cloud and have worked in the IT industry for 13 years. My views are my own.
Previous Post : NetApp Cloud Storage Automation   Next Post : Reducing Business Continuity Costs with NetApp & AWS